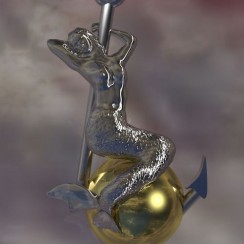 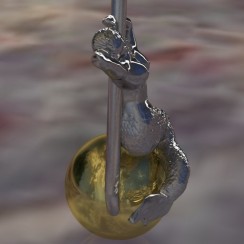 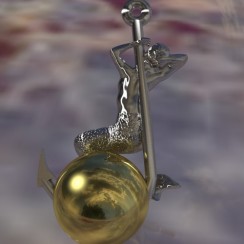 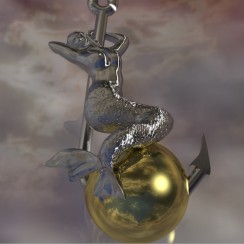 Keaton wanted to impress his girlfriend with a gold pendant that has a pearl in it. Originally, he was interested in something very simple but since his budget was large enough, I suggested something much more artistic. A mermaid sitting on a pearl threaded through a hook was an idea that seem to work. We started out with a drawing then and came up with this. After that we proceeded to making the pendant with some changes that were the result of unfortunate circumstances. The produced pendant is here. 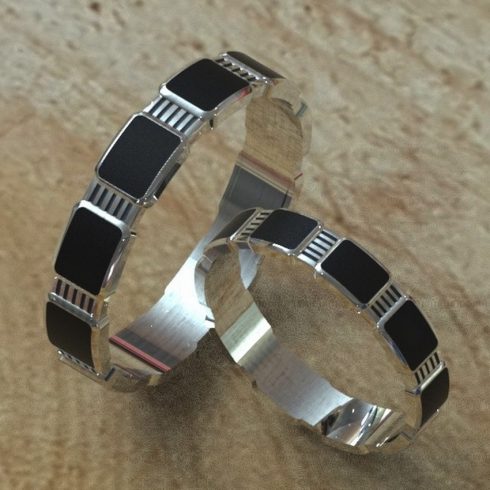 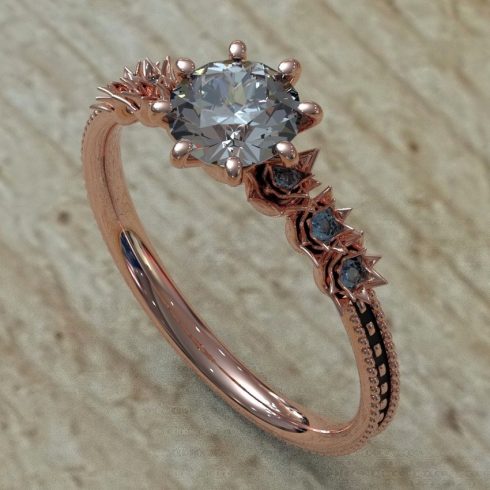 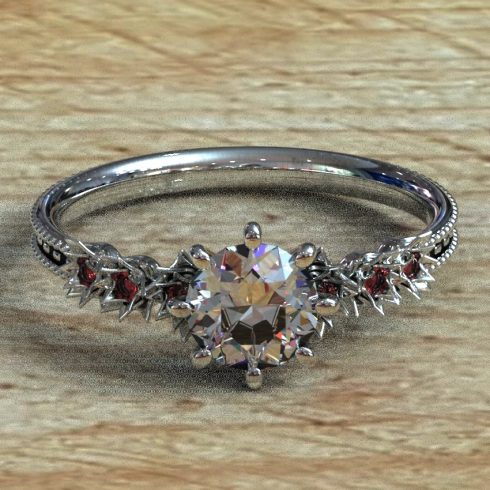